An italian story full of traditions

Love for rice and nature on the core 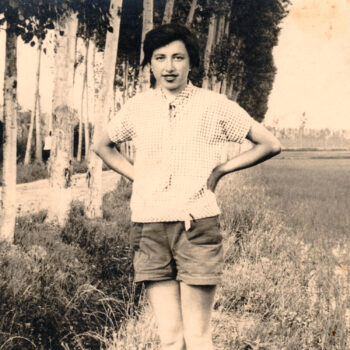 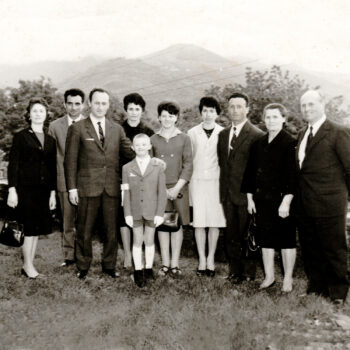 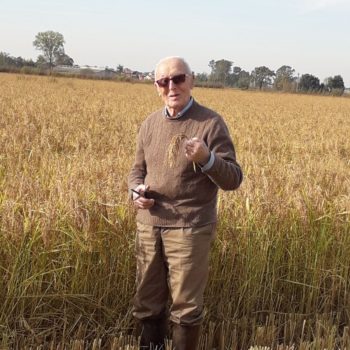 The great-grandfather Giuseppe, together with his sons Bettino and Dino, led the Valcarenga farmhouse in Crema specialized in the breeding of milky cows.

Those were times when families lived together and grandmother Maria, in addition to having the Osteria dei Sabbioni, was busy feeding the large family.

The ’63 was the year where families follow different roads.

Grandfather Bettino moves to Cascina Fontana in Vigano di Gaggiano, where he raises cows and grows rice, while his brother Dino moves to Abbiategrasso.

In 1964, mom Teresa and dad Antonio get married and from that time on, their maternal grandfather Giovanni will also take part in the company work, dedicating himself to the care of the horses, which at that time were our tractors.

It is at the Il Nibbio di Gaggiano farm that father Antonio finds the first two bags of Carnaroli and tries to sow them in his best campaign. The Carnaroli rice, unknown at that time, was deliveried in America to the Air Force pilots, as a Christmas gift.

Since then it has been the favorite rice for our family to grow despite the series of difficulties encountered in the stages of the production process (cultivation, threshing, drying).

In 1988 the last transfer took place in Valle Salimbene, in the province of Pavia. The land indicated for the continuation and improvement of the rice-growing tradition is purchased at Cascina Mezza Motta.

In the very last years, his daughter Lauretta decides to continue the work started by the family to honor its tradition; at the same time she opens up to innovation and experimentation with new products.

The nephew Emanuele takes the lead of the farm and together with the daughter Lauretta will carry on the traditional cultivation of Carnaroli Classico.

We sow it in our fields, in Cascina Mezza Motta – Valle Salimbene (PV). Our rice comes from certified seeds and a strictly control in the supply chain. Since September 2018 our Carnaroli has been certified with the denomination of Classico (only a hundred certifications in all country) by the Ente Nazionale Risi.

WE MAKE IT GROW

All our rice seedlings are born and grow here. We do not use mud, which would save manure and plowing, but which contains contaminants for human nutrition.

When the plant reaches maturity, the harvest begins, which takes place with the most advanced technologies, but respecting tradition and the paddy environment.

Once harvested, the rice is handcrafted from the trusted rice farm with minimal bleaching to ensure that the product maintains all the organoleptic qualities that distinguish it.

We are waiting for you in our stores

Free shipping for orders over 20€ in the municipality of Pavia.
Please use our coupon to get some gifts or free shipping.

We create recipes, we organize “risottate” in the farmhouse and we also offer dehydrated risottos ready to cook, such as strawberry or pumpkin risotto.